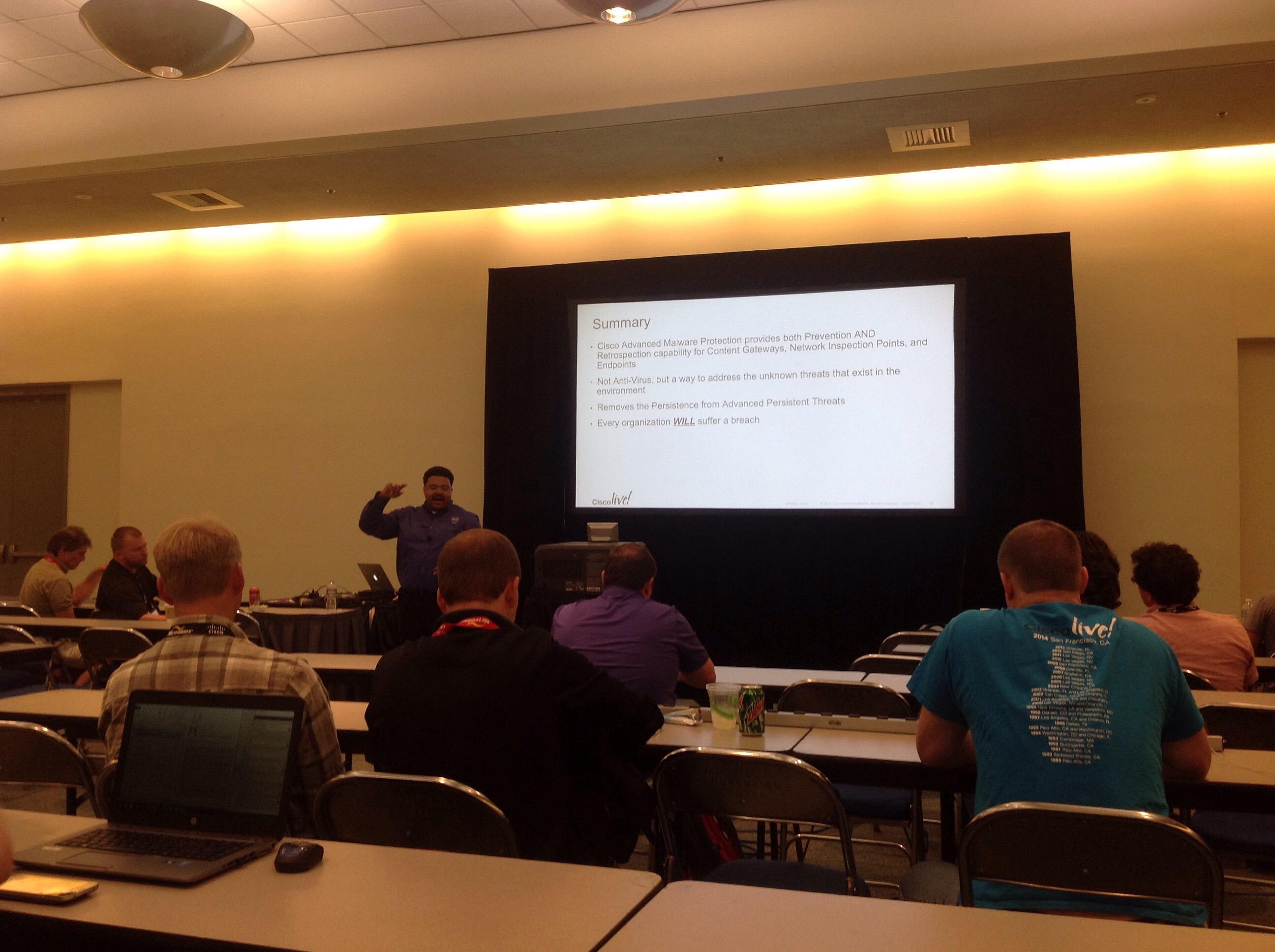 "Why aren't we stopping all the malware???"

The term "APT" has become the boogey man of cyber security. :-)

Why aren't we stopping all the malware?

Product does not solve the issue. Process is required, too. Ideally, good process backed by good product. If you knew you were going to be compromised, would you do security differently? — Marty Roesch, Chief Architect, Cisco Security, founder of Sourcefire

All of the above, Plan A, is point in time. It happens "right now" and that's that. If it got it wrong at that point in time, there's no going back.

Q: How does AMP for Networks (FirePOWER) deal with large files? A: you set a limit on how big of a file you want AMP to deal with. Default is pretty small but that's the typical size of malware.

Q: If AMP for Networks is checking a large file, does it prevent the file transfer to the cleitn while it's doing the checking? A: No, the file is transferred to the client but AMP will hold onto the very last packet and only release it once the AMP work is done.

Q: Is there a monitor only mode for AMP? A: Yes, called audit only mode.

Q: Does the AMP web console data get pulled into FireSIGHT? A: yes, some of the data. There's a ton of data in the cloud so can't pull it all. It pulls the detection data, the data about what's bad.

Q: Do I have to be in the console to see when something bad is going on? A: No! You can set alerts and get notified when bad stuff is detected.

AMP for endpoints agent is SMALL. About 20MB. All the processing is done in the cloud so CPU usage on the endpoint is really, really low. Really.