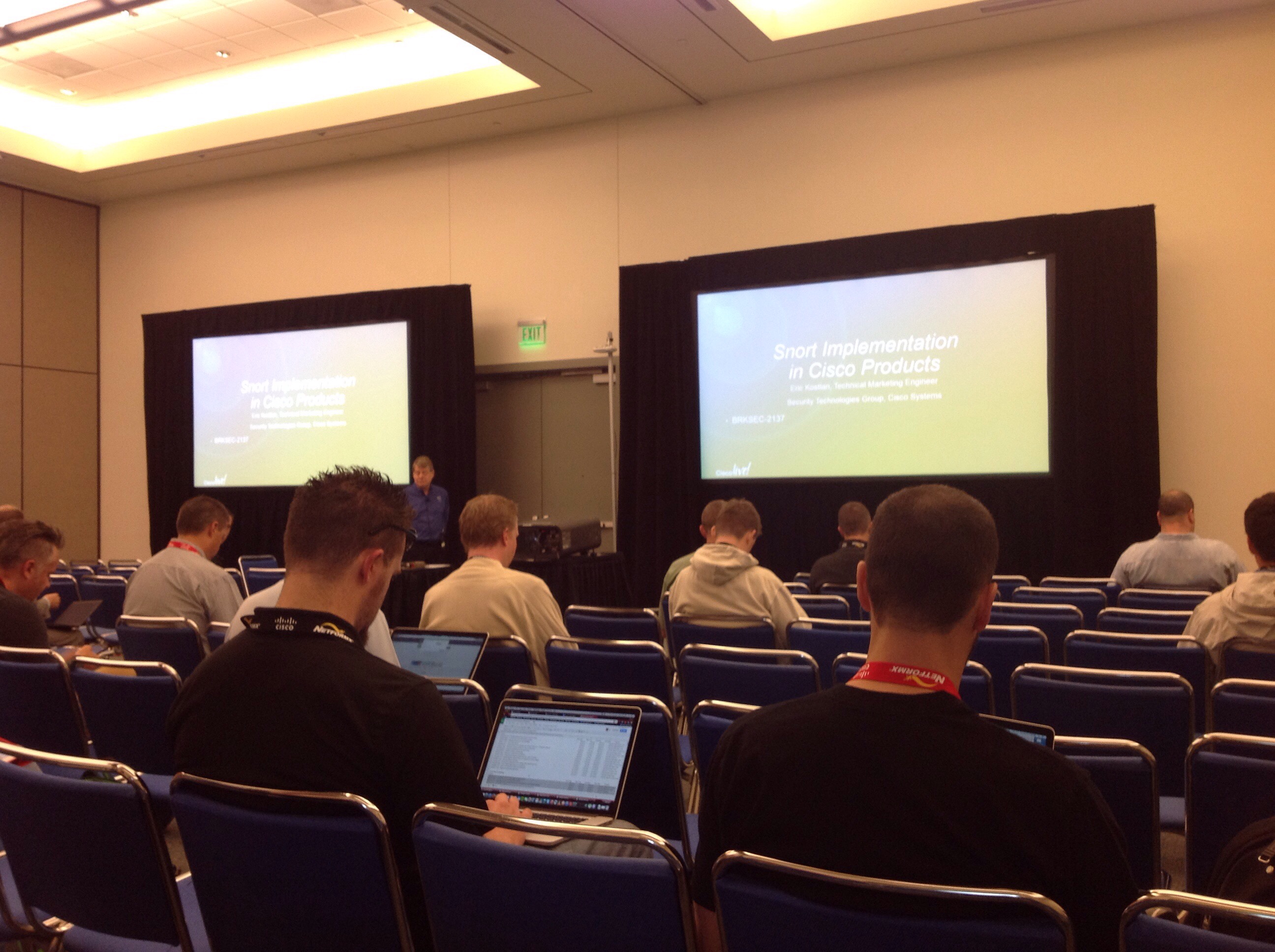 "Above all, Snort is a community" -Eric

DAQ - packet acquisition library(ies?). Snort leverages this to pull packets off the wire (Snort doesn't have its own built-in packet capture abilities). DAQ provides a form of abstraction between the Snort engine and the hardware where the bits are flowing. DAQ - Data AcQusition. DAQ modes: inline, passive or read from file.

Packet decoder - look for header anomalies, look for weird TCP flags, much more. Generator id (GID) is 116 for the packet decoder. Decodes Layer 2 and Layer 3 protocols with a focus on TCP/IP suite.

Amazingly detailed block diagram of FirePOWER architecture in the slides.